Announcement: The Census Bureau has released the 2020 Census State Redistricting Data (Public Law 94-171) Summary Files in the Legacy Format. Information will be live for public use soon! 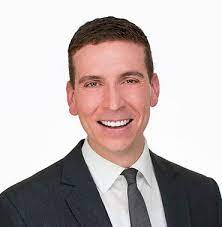 Former state representative Paul Graves was born and raised in Maple Valley. One of five children, he attended Tahoma public schools and graduated from Western Washington University—where he served as the student body president—and earned his law degree from Duke University. After law school he served for a year as a law clerk to Washington Supreme Court Justice James Johnson. He then worked at Perkins Coie LLP, the state's leading law firm.

He served in the Washington State House of Representatives from 2017-19, where he was the ranking member on the Judiciary Committee. He now works as an in-house lawyer for a family-owned trucking company and serves as president of Enterprise Washington, the campaign arm for the state's business community. He, his wife Jenny, and their sons Patrick and Daniel live in Newcastle.

Paul is an engaged community member. He maintains an active pro bono legal practice, representing foster youth in legal proceedings. In 2011 he was named the pro bono attorney of the year by the Court Appointed Special Advocate organization, which represents the interest of foster children in court. He served as a board member of both an innovative college-prep non-profit for low income kids, and on one of Washington's first public charter schools, a high performing school with a computer science focus on Kent's east hill. He chaired the board of the Washington State Institute for Public Policy (a bipartisan group doing cost-benefit analysis of government programs) and currently serves on the board of HopeLink (a community action network serving homeless and low-income children, families, seniors, and disabled people in East King County).