About the Redistricting Commission

Why do we redraw the district lines?

Communities and populations in Washington change over time. Every 10 years, after the federal government publishes updated census information, Washington redraws the boundaries of its congressional and state legislative electoral districts to ensure that each district represents an equal number of residents.

We made a video that explains the process:

Who is the Commission?

Also every 10 years, a bipartisan Washington State Redistricting Commission is established for the purpose of redrawing legislative and congressional district boundaries.

The Commission must draw the district lines in conformity with strict, nonpartisan rules designed to create districts of relatively equal population that will provide fair representation for all Washingtonians. 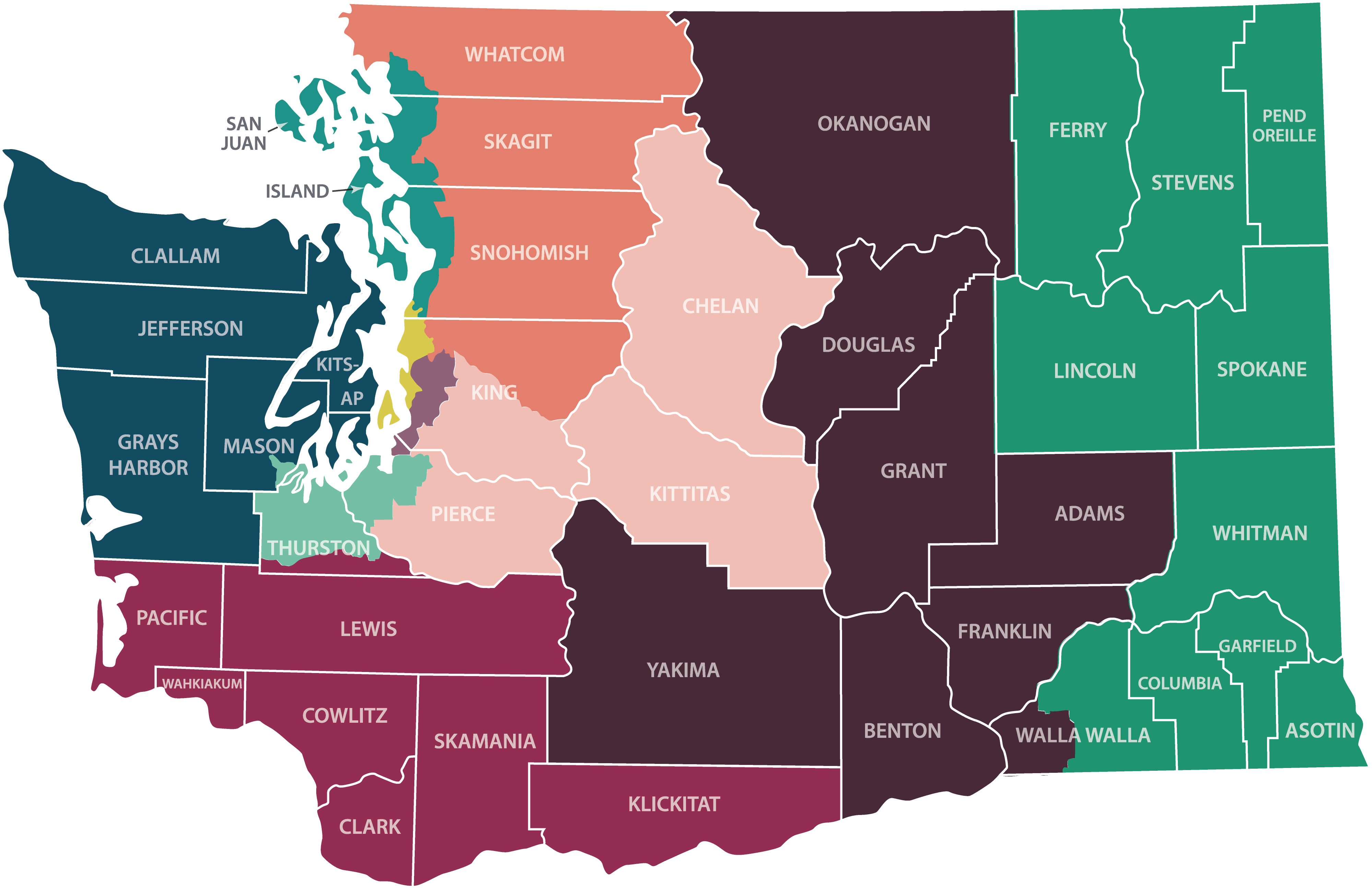 Washington State Congressional Districts as Redrawn after the 2010 Census

The Commission is working hard to accurately and fairly draw Washington's communities.

The commission has until Nov. 15th, 2021 to draw up new political boundaries for the congressional and legislative districts using 2020 Census data. At least three of four members must agree to the maps. The Legislature can make only minor changes to the commission maps and the governor has no role.

Under state law, districts must be made as equal in population as possible and aren’t supposed to be gerrymandered for partisan advantage or discriminate against any group. They’re also supposed to avoid splitting up cities and other political subdivisions.

Data from the Census Bureau is the data all states use to perform their redistricting. COVID-19 delayed the normal process of data collection by several months, leading to delays in data processing and consequently the delivery of the data.

The nation received the apportionment data on April 26, which confirmed that there is no change in the number of congressional representatives or electoral college votes here in Washington state – even if there were changes elsewhere.

The apportionment data should have been delivered to the president at the end of 2020, but due to delays caused by the pandemic, they needed extra time to clean the data. Overall, the Bureau reported that Washington has a population of 7,705,281, which is 14.6% more than in 2010 and represents an increase of more than a million people.

As a nation, the population grew 7.4%, which is one of the slowest growths recorded in history. The Census Bureau recorded a total US resident population of 331,449,281.

Many may ask: how much did my county, city, community grow? We don’t have that information yet. While the Bureau should have released that data on April 1, 2021 – it does not expect to be able to provide that data to the public until September 30, 2021 due to all of the complications caused by the pandemic and the changed timeline for data collection.

Given that this delay introduces several challenges for states with early deadlines for redistricting processes defined in their constitutions or laws, the Bureau has announced that it will provide to the public a data file with final redistricting data as early as August 16, 2021 in an unrefined form.

Washington’s deadline to produce maps is November 15 – so we welcome the Bureau’s early release of data. And we are currently identifying our staffing needs that will enable us to take the unrefined data we receive in August and use it to begin to draw maps before the release of the more friendly data on Sept. 30.

The Commission needs your help to accurately draw community districts in Washington state.

Public participation is important in helping us better understand district boundaries that may divide communities.